Since the beginning of our history we have chosen to select the best grapes from different territories in Sicily in order to produce wines that are enjoyable and strongly linked to their area of origin. Today, constant and long research has led us to choose three territories from which we produce our wines. 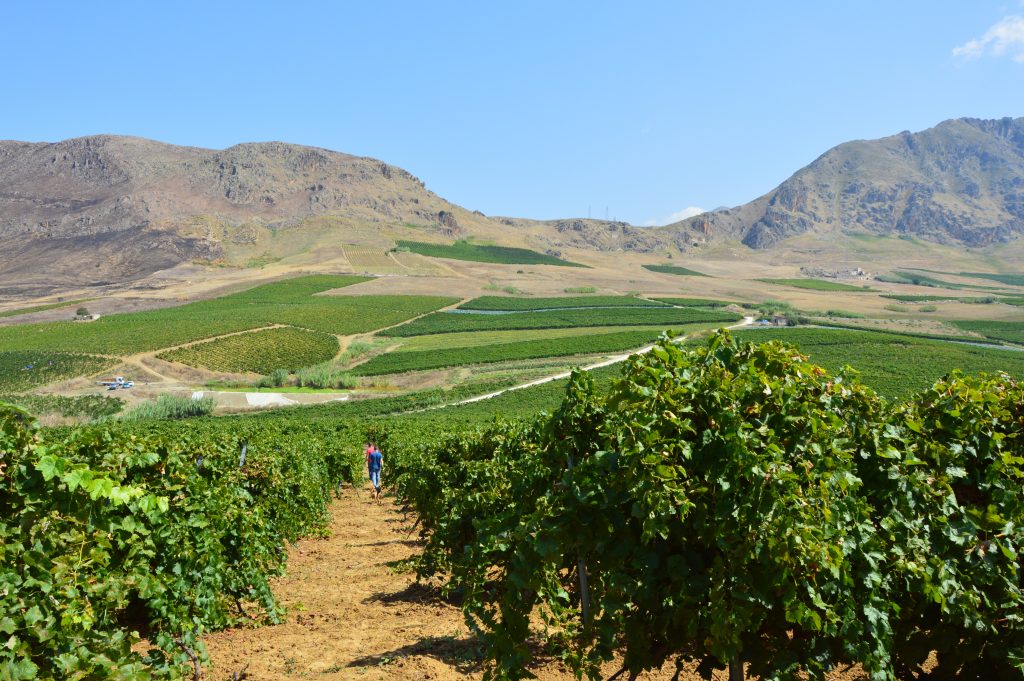 A territory with a strong agricultural connotation, characterised by gentle hills and wide valleys covered with vineyards and arable land, crossed by the Jato river.

The course of the river is marked, until it meets the Belìce river, by the presence of five ancient mills, still in operation at the beginning of the 20th century.

The climate is characterised by mild winters and hot summers, temperature variations between day and night and great ventilation that favours aeration and healthiness of the vines.

Some of the vineyards grow on clay soil, others on sandy soil; each has about 4000 plants per hectare, for a grape production of no more than 2 kg per plant, favouring excellent results in terms of quality.

Convinced of the extraordinary potential of this corner of Sicily, we have identified two distinct areas based onsoil, microclimate and altitude:

– Contrada Guastella: overlooking the Jato dam, located at about 400 metres above sea level, it is characterised by soils with a medium texture that tend to be clayey.

Here we grow Catarratto and Nerello Mascalese from which we produce two wines in the Vibrazioni collection. And also Nero d’Avola and Syrah from which our more full bodied reds from the Gaudis collection are made.

– Contrada Grassuri: located on gentle slopes between 200 and 300 metres above sea level, it is characterised by predominantly sandy soils with a good percentage of limestone, which do not require irrigation.

Here we grow the native Grillo and Insolia vines, the protagonists of our mono varietal Vibrazioni collection.

The Grotte area is located in central-southern Sicily, in the province of Agrigento, a few kilometres from the Valley of the Temples.

Nicknamed the “land of Nero d’Avola”, this area is considered one of the most suitable in Sicily for the cultivation of the famous native vine, thanks to the particular characteristics of the soil and the centuries-old knowledge handed down by the oldest winemakers.

The area is characterised by hills and valleys full of vineyards, with altitudes between 400 and 600 metres above sea level.

The climate is typically Mediterranean, with mild winters and very hot summers characterised by temperature differences between day and night.

The vineyards are south-facing and some of them grow on sandy soils while others on clayey soils.
The soil is characterised by a high presence of calcium and limestone, which have a cooling effect on the vines, particularly important in hot summer days.

It is from this territory that the Don Ros are born, everyday and easy-to-drink wines made from indigenous varieties such as Nero d’Avola, Insolia and Catarratto. 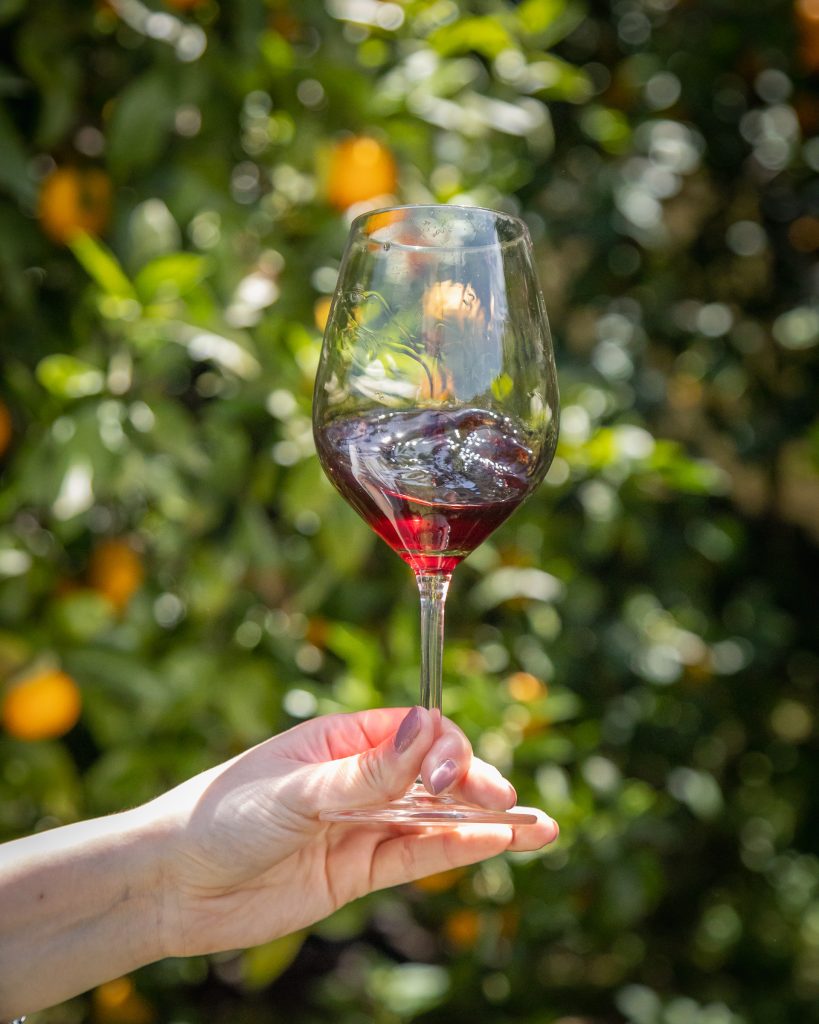 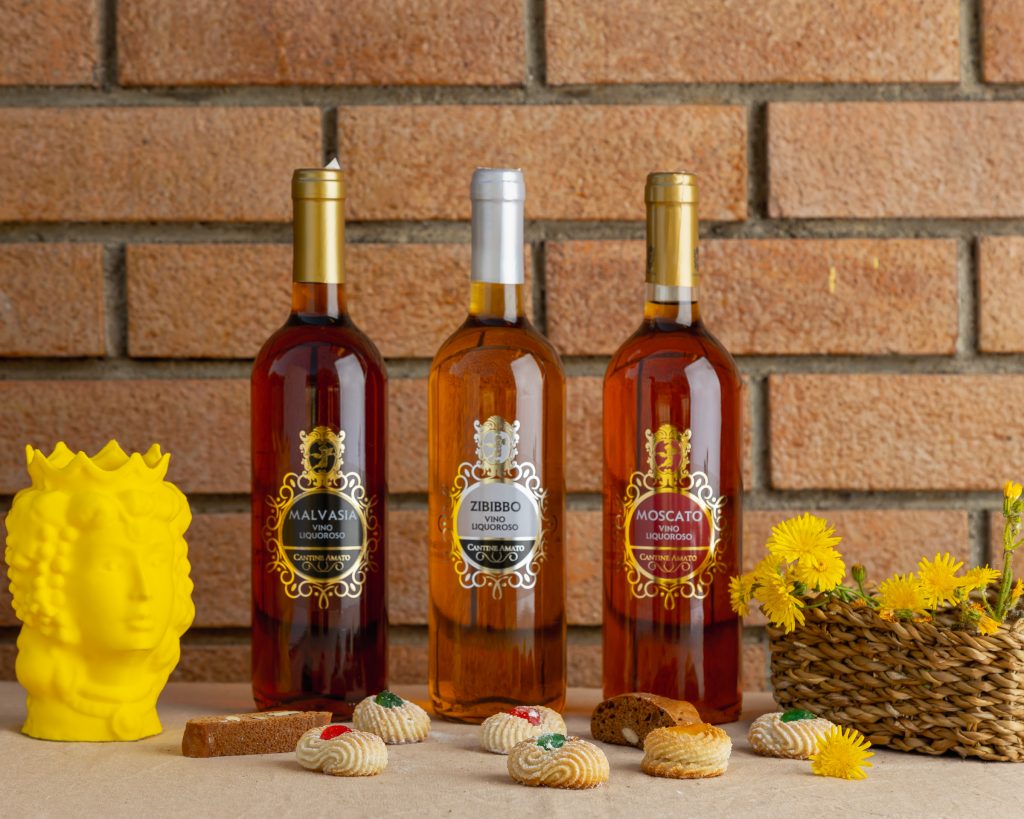 Located in western Sicily, Marsala – the city of Sicilian wine – needs no introduction.

A generous and precocious territory, particularly suited to the production of high alcoholic content wines, both in oxidative and fortified styles, thanks to the constant exposure to sunlight that allows the grapes to reach significant maturity.

Our “Diliziusi” wines, from sicilian dialect means delicious, are born from this territory, obtained from indigenous aromatic varieties with an intense bouquet and a delicate, sweet flavour.

OUR WINES DIRECTLY AT YOUR HOME